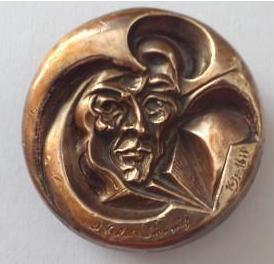 Niels Stensen is famous not only for his scientific discoveries, but also for his spirituality. Born into Lutheran orthodoxy, Stensen converted to Roman Catholicism, became a priest, and in 1988 was beatified by Blessed Pope John Paul II. In Stensen’s life the roles of man of science and man of God dovetail in a quite remarkable way.

Niels Stensen was raised in a devout Lutheran family, which numbered several ministers and was more devout than the average family. He was educated at the Latin school associated with the church of Our Lady, the cathedral of Copenhagen. This school saw the cultivation of piety in its students as one of its chief objectives. By the same token, then, his education was had a stronger spiritual emphasis than that of the average child.

The Chaos manuscript is our earliest indicator of Stensen’s spirituality. In 1657 war broke out between Denmark and Sweden. The Swedish army occupied most of Denmark and besieged the capital Copenhagen from August 1658. Regular study became impossible. Stensen began excerpting those books to which he had access. This collection of excerpts from March – July 1659 he called Chaos.

As befits a medical student Stensen most often excerpted books about medicine, but he excerpted other material too. One of the early excerpts in the Chaos manuscript is from an edifying book entitled “Joseph, Vice-King of Egypt” by the German jesuit Jeremias Drexler. In this book Drexler emphasizes God’s Providence throughout all Joseph’s troubles. From this Niels Stensen learned an unshakeable confidence in God’s Providence. This found its expression in what is called Niels Stensen’s prayer, “You…have guided me along unfamiliar paths… Lead me now on the path of grace, seeing or blind”. The Chaos manuscript is our earliest indicator of Stensen’s lifelong preference for modesty, moderation, and his great faith in providence

The prayer is also the fruit of Niels Stensen’s experiences in Amsterdam, where he went in 1660 for further studies. There he made his first anatomical discovery, the duct leading saliva from the parotid gland to the mouth. This parotid duct is today also known as ductus stenonianus. At that time Stensen was a boarder in the house of professor Gerard Blaes. Stensen showed Blaes his discovery, but the professor scoffed. Disappointed, Stensen went to the University of Leiden for further studies and published his discovery of the parotid duct there. Unbeknownst to him, Blaes was publishing Stensen’s discovery as his own. Blaes claimed priority and accused Stensen of plagiarism. Then as now such deceit on the part of a professor and such an accusation constituted a severe crisis for a young researcher, and he needed all his confidence in God’s Providence to pull him through.

Holland was a Calvinist, but liberal, country where many opinions were allowed, even the new Cartesian philosophy. Niels Stensen was so affected by these currents that he experienced a crisis in faith. His own discoveries helped him to overcome this period of doubt. He did not renounce his Lutheran faith nor did he publish anything heretical. On the contrary, from his very first publication on anatomy, Stensen consistently admired God’s work as Creator. This is what inspired his research.