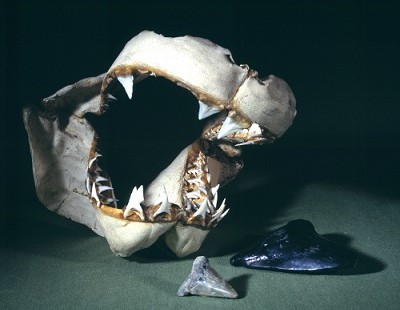 An extraordinary career began when Niels Stensen, also known as Nicolaus Stenonis or Steno, was admitted in 1656 to the University of Copenhagen. He became a famous scientist, not only because of his many important discoveries in anatomy, but also because of his achievements in geology, in particular, in paleontology, stratigraphy and crystallography.

With the death of Steno in 1686, his scientific results fell into oblivion outside Italy until 1823, when Alexander von Humboldt was the first to bring him back to prominence as the founder of geology. Considering Steno´s important contributions to geology as a science, this accolade seems justified. It took until 2004 for him to be commemorated at the 32nd International Geology Congress in Florence for his discoveries in stratigraphy and crystallography. Most recently, in 2006, Steno was the focus of many oral presentations at the annual meeting of the Geological Society of America in Philadelphia (published in 2009).

All through his scientific life, Steno was fortunate to count many famous scholars amongst his acquaintances. Many of these people were also associated with collections or museums of reputation furnished with many geological items, e.g. minerals and fossils. Steno eventually became a collector of minerals and fossils and superintendent for the collection of the Grand Dukes of Tuscany. A major part of this work is documented in a catalogue, ”Indice di Cose Naturali”, published by Dr. Scherz in 1956. Scherz was also responsible for the publication of Steno´s geological papers in extenso in 1969.

Steno was born in 1638 in Copenhagen as the son of a well-known goldsmith, thus ”geology” was probably a part of his world from an early age. In 1648, he became a pupil in the School of Our Lady. One of his teachers was Ole Borch, who later became professor at the university. Borch was very interested in chemistry, in particular in metallurgy and mining because of the importance of precious metals and minerals in the ”modern” medicine of his time.

On 27 November 1656, Steno was admitted to the University of Copenhagen as a student of medicine. He chose professor Thomas Bartholin as preceptor. During his studies he had access to Bartholin’s private collection, private libraries and the University Library. In 1659, Steno was enlisted with the other students to defend Copenhagen during a period of war with Sweden, but he also found time to read several important scientific books, e.g. Athanasius Kircher´s work on magnetism ”Magnes sive de Arte Magnetica”.  We know the books Steno worked with because we have his notes, the so-called ”CHAOS” manuscript, which was published in extenso by Dr. Ziggelaar in 1997. The ”CHAOS” manuscript reveals that Steno visited the Royal Danish Kunstkammer at the Castle of Copenhagen. Included in this museum (from 1655) was the internationally famous collection of professor Ole Worm, known as Museum Wormianum. This museum was dominated by naturalia, i.e. minerals, fossils (e.g. ”glossopetrae”), plants and animals.