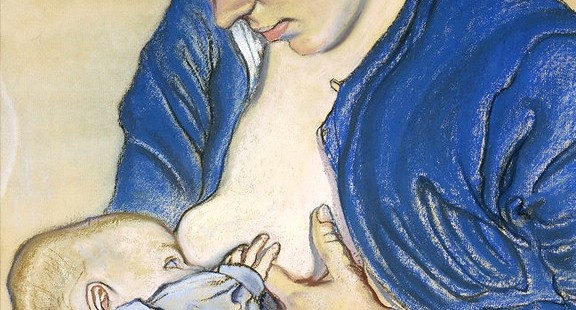 Milk is produced in the breasts

Stensen discovered that milk production was a result of glandular activity in the breast. Previously it had been thought that milk was produced elsewhere in the body and carried to the nipple in special vessels. Stensen wrote about his observations in a letter to Thomas Bartholin dated 5 March 1663:

Many had thought they could see ducts carrying milk from internal ducts up to the nipples, but so far as I am aware they have not been able to prove it. Schenck has not seen anything other than a small vessel which is found in the mammary glands themselves and which goes from them to the nipple. He declares this to be the case even though he admits that pressing on the small vessels causes the milk to flow out of the nipple. I think it is very unlikely that small vessels come from further inside for then to proceed directly to the nipple. If this was the case then the breast’s glandular tissue would have no function, and, furthermore, it would not be possible to dissect a breast full of milk without damaging these small vessels, with the result that the milk would flow. The last is contradicted by experience, and the first defies common sense. (E 11)

Stensen concludes his argument by maintaining that milk is produced by glands in the breast and that these are connected to the lymph system.

← Steno-Fallot’s tetralogy, the mystery of “blue babies”
The function of ovaries →