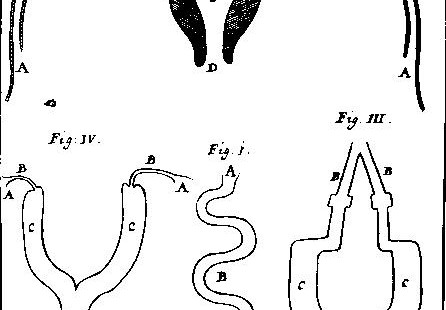 The function of ovaries

Anatomists in Stensen’s time were aware of the ovaries and the fallopian tubes and of their function in  oviparous, or egg-laying, animals. The corresponding organs in mammals and humans had also been described, but were understood to be rudimentary testicles, testes mulierum— ‘the female testicles’. When Stensen dissected a catshark, Scyliorhinus canicula, he found that it had female reproductive organs similar to those found in hens and other birds. It was the first time this had been pointed out for non-oviparous creatures. Later he studied the organs of birds, frogs, various mammals and humans. By comparing his observations he was able to show that the organs of reptiles, mammals and humans were analogous, and ought to have a common designation, namely the ovary and the fallopian tubes.

After publishing his discoveries in 1667, Stensen continued his investigations of the female reproductive organs. The results were first made public in 1675, three years after van Horne, Swammerdam and de Graaf had published an essay on the ovaries. Swammerdam and de Graaf came into a bitter conflict over who had first described the ovary’s follicles in humans. The Royal Society in London had to make a judgment on the issue and decided that neither of the two had made the discovery. That honor fell to Stensen.